Can You Find The Real David?

I was invited by a friend to travel to Las Vegas, Nevada for Labor Day weekend last year (thank you, Patricia!), and I was thrilled to see a full-size replica of Michelangelo's David on display at Caesar's Palace Hotel and Casino. Six months later, I flew to Italy and was able to view the authentic David in Florence's Accademia Gallery. As famous as the David is, I really did not know that this was meant to be the David of the Biblical David and Goliath story, or that Michelangelo created this magnificent work to depict the boy right before his battle with the giant. That is a slingshot on his left shoulder. As my bright young co-traveler commented, the look on his face says, "I've got this." 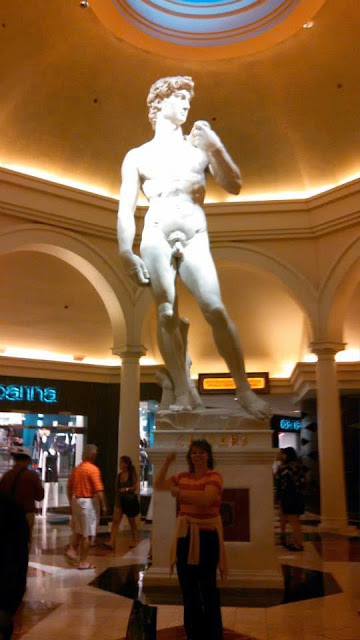 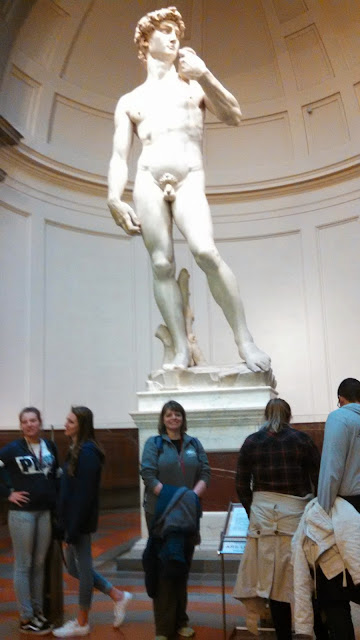 You can probably tell by the flashiness in the top photo, but the top photo is in Vegas, and the bottom photo is the REAL David in Florence, Italy.

Posted by The Elegant Astronaut at 12:02 PM No comments: Links to this post

Posted by The Elegant Astronaut at 7:33 AM No comments: Links to this post

Just over a year ago, a devastating tornado ripped through the small town of Vilonia, Arkansas and forced the cancellation of a planned Bigfoot Conference. The organizers of the conference decided to try again, and the outcome was better than they had imagined. More than 200 people came to the meeting, which was the first of its kind in the state. Many of the attendees were experienced "Squatchers," while others (like me) were newbies who just wanted to see what happens at these kinds of meetings.

"I did not know what to expect for the attendance of something new in uncharted waters," said Robert Swain, the director of APES (Arkansas Primate Evidence Society - a major sponsor of the conference.)
"I told our APES group that I was going to be happy if we had fifty to seventy-five people attend.  I was amazed that two hundred and thirty people showed up!"

Keynote speakers gave presentations on the folklore and legend of the Bigfoot, as well as some of their own personal experiences and sightings. Bigfoot memorabilia, books and surveillance equipment were all for sale at the meeting, including conference t-shirts that had been printed for the year before and had to be rescued from the field after the tornado ripped through town.

Are there any plans for a future conference? Swain says APES is "already evaluating what we can do next year to make it better. YES there will be another conference next year!" 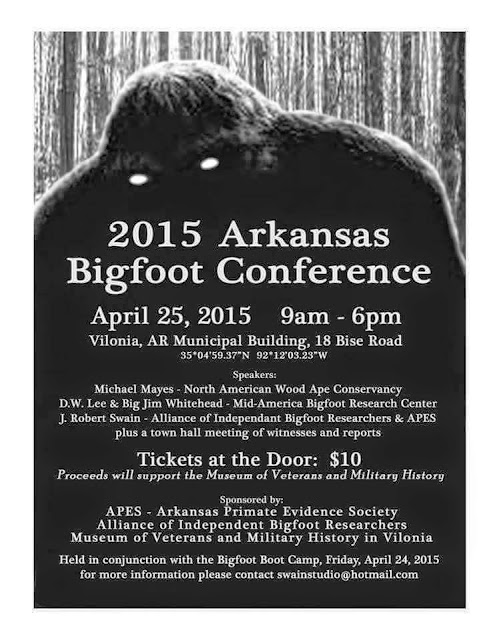 Posted by The Elegant Astronaut at 10:01 AM No comments: Links to this post