Our Antenna Is Bigger Than Yours 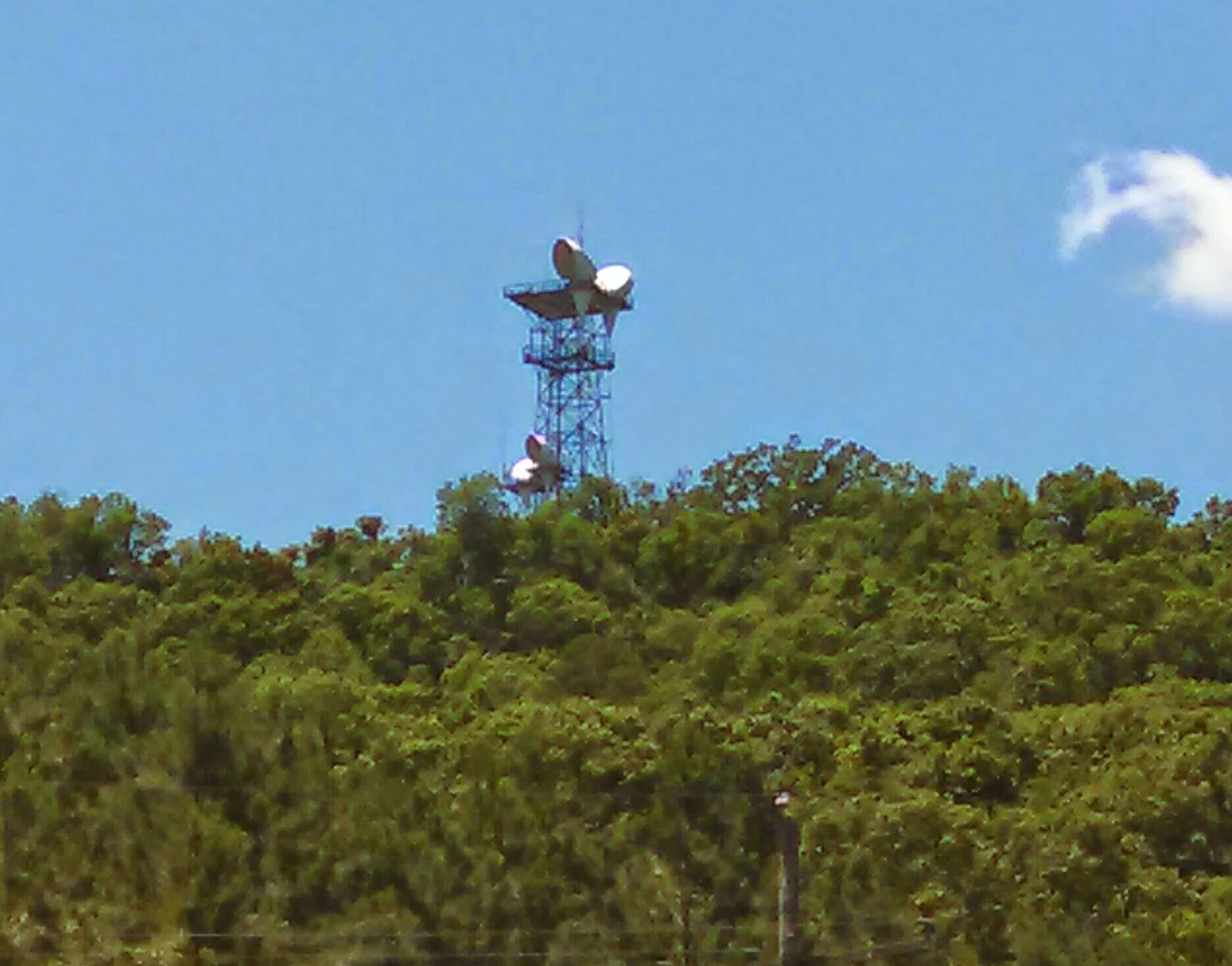 The "BAT" Tower on approach.  Photo by J. Lewter

Dover, Arkansas is primarily known for its water adventure spots like Big Piney Creek and the Long Pool swimming hole, and for its mysterious phenomenon called the Dover Lights. Less well known is the fact that there is a world-class radio tower just seven miles west of the city.
In the 50's and 60's, AT&T built microwave towers across the country to serve as phone lines over vast stretches of land. They were called "Long Lines," and they supported long distance and international phone calls. One of these towers was placed near Dover, where it could send and receive microwave data to and from its sister towers in Petit Jean and Clarksville.
Like may structures made during the Cold War Era, the towers were built to withstand the radiation fallout from a possible nuclear war (provided that the actual explosion was at least five miles away from the towers.) Concrete buildings shielded with copper were built near the base of the towers to serve as fallout shelters, and the buildings were equipped with diesel generators to keep things going no matter what happened.
Eventually the microwave towers were replaced with a different technology. Fiberoptic cables could support a larger bandwidth to meet the growing demand for Internet accessibility. Many of the original towers still exist today, but they are either used as cell phone towers, or private citizens have purchased them for personal use.
In 2001, Dennis Schaefer and five of his friends did just that. The 113-foot-tall tower near Dover has become the pride and joy of six ham operators who regularly host radio contests at their station. They installed a huge, rotating, high frequency (HF) antenna at the top of the tower, as well as a very high frequency (VHF) antenna , an ultra high frequency (UHF) antenna, and there are currently three dipole antennas attached to the tower. "You need a separate antenna for each frequency band," explained Schaefer, a former Air Force microwave technician.
Depending on the daily ionospheric conditions, a radio operator at the station can talk to nearly any other radio station in the world, including Antarctica. The men are very happy to have visitors come see the tower and participate in the annual radio contests. "My wife said, 'This is like deer camp for nerds,'" said Schaefer.
The call sign for the station is K5BAT, which was hand-picked by the owners. Formally, the "BAT" means "Big Arkansas Tower," but in reality, when ladies and children are not present, it stands for "Big Ass Tower."
One of AT&T's mottos has been, "Communications is the foundation of democracy." In the past, there were certain countries (like Vietnam) that American hams were forbidden to contact. Today, however, there is no such thing as a "banned country list."

When asked why he wanted to own such a beast of a radio tower, Schaefer replied, "Everybody wants bigger antennas." And their antenna is bigger than yours.

Posted by The Elegant Astronaut at 10:51 PM